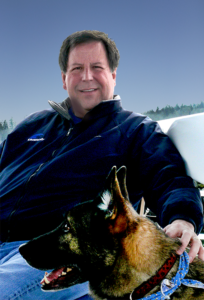 Mark Grayson was born in Oakland, California, the oldest of five children (and the only boy).  The family moved to Las Vegas when Mark was just six years old.  He attended  school in Nevada and developed two passions that have remained with him through today:  a love of reading and a love of music.  He began studying the piano at a young age.  He played  for school functions and also played the organ for the church choir.  He competed in several regional talent competitions, but says,  “I don’t remember winning any of the big ones.  I think I was a little too free-spirited to buckle down and practice hard-core classical music two hours a day after school.  I have huge respect for those who did, but for me, a career as a classical pianist wasn’t in the cards.”

After high school, he was able to put his musical training to work, though.  He played the piano in  bands in local clubs and even filled in on the Las Vegas strip on occasion. Eventually, Mark wound up in college where he studied business and started writing in what little free time he had.  He completed several short stories and even his first – still yet to be published novel.  He graduated from college with a Business Administration degree

After college, Mark spent six long weeks doing income tax returns for a local CPA.  “Every morning, there’d be a pile of tax returns I was supposed to complete that day – as a newbie, I got the simple ones.  I’d grind away all day long and whittle the pile down some, but without fail, the next morning, I’d get in and the pile would be right back to where it was – like a ground-hog days sort of deal.  Talk about discouraging – I started to suspect I might have just wasted three years in college.  So I went and asked my boss about it.  He said, ‘don’t worry kid – when you get to be a partner, things will be different.’  I was relieved.  I thanked him, but on the way out, I happened to glance at his desk.  I was shocked to see that he had his own pile of returns – even bigger than mine.  I watched him work for a couple more days, but when I discovered he was doing the same thing I was, I quit.”

Mark moved into the real estate development business where he started and ran two successful homebuilding companies.  “They were very rewarding – I liked the creative aspects and I loved putting effective teams together.  But I never lost my passion for reading or my desire to tell my own stories.”

Mark married his  wife, Michelle in February 1996.  Since then, they’ve raced bicycles and motorcycles, flown their own airplane around the country and sailed up and down the Pacific coast.  They live today in northwest Washington with their German Shepherds Otis and Ella.