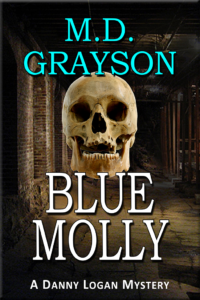 “Looking back, I should have never taken my eyes off the short bald guy with the pool cue.  I mean, I have no excuse:  I saw him coming.”

Someone wants to buy Mike and Sylvia Lyon’s Pioneer Square office building.  Mike’s family has owned the building for more than 100 years, though, and he and Sylvia don’t want to sell at any price.  Whoever’s behind the offer won’t take “no” for an answer – a harassment campaign begins and Mike and Sylvia’s tenants begin bailing out.  Faced with financial disaster, the Lyon’s do what many Seattleites have done for the past six years when they need help: they call Logan Private Investigations.

Danny Logan, Toni Blair, Doc Kiahtel, and Kenny Hale swing into action on behalf of the Lyon’s and soon find themselves facing off against a brutal drug lord– a man with a brilliantly diabolical plan to take his Seattle ecstasy business nationwide.  All he needs to do?  Get control of the Lyon Building.  But to do that, he must first tunnel through the Seattle Underground and get rid of Danny Logan.

Blue Molly has more than 200 5-Star reviews on Amazon.

“The Danny Logan series is my out and out favorite series in e-books! They are all exciting, very well researched, I cannot pick up one slip-up on characters or changes from past books. It is as though they are true stories about the same cast of people I know well and dearly love! The storylines are all so varied, and so interesting they offer much more than the usual detective story. Well worth a read and follow up with more of Danny Logan for good measure!”
-NOEL VENTER

“Danny Logan PI is like Stone Barrington in Stuart Wood’s novels. Both characters are great guys! Once you begin reading the story, you cannot put the book down. In all of the Danny Logan novels, there is always interesting information about Seattle. This one features the underground plaza. The restaurants in the novel are real places in Seattle..”
-PATSY BENDIX

“I have read quite a few of Grayson’s books about Danny Logan and his crew. I like the characters he’s created, their relationships to each other, and the devilish predicaments they get themselves into. His descriptions of Seattle with the details of that area take me right back there where I lived for a while. Grayson seems to have a special twist at the end of each story which makes it unpredictable and delightful. At the end of each book I put it down then look for another Danny Logan Mystery. Keep writing them M. D. Grayson!”
-CLAUDIA LERUTH

“I choose the highest rating because M.D. Grayson is absolutely spot on in the descriptions of Seattle. The story line leads you along twisting and turning until you think you know the answer of who is the bad guy. Then before you know it another twist and you find out you really weren’t expecting this bad guy. This series is great and I look forward to reading more books by this author. Thanks for a great reading experience and get busy writing more because I can’t wait to read more.”
-CINDY KATES

Looking back, I should never have taken my eyes off the short, bald guy with the pool cue. I mean, I have no excuse: I saw him coming.

We—Doc and I—were in the Merchants Café and Saloon, minding our own business, waiting for the Super Bowl victory parade to start, when loud voices erupted nearby. Short and Bald and three or four buddies all wearing the same style of black leather jackets were standing at a table opposite a middle-aged couple who were having lunch and didn’t seem to be bothering anybody. Short and Bald yelled something at the lady and, despite her non-menacing appearance, she jumped right up and started yelling back at him. If he’d hoped that his yelling would have somehow cowed or intimidated her, it didn’t work. We watched them yell back and forth at each other, impressed at her courage and feisty spirit.

At first glance, neither the woman nor her male companion appeared to be the confrontational type. Both were middle-aged, neatly dressed—they looked like businesspeople. Yet there she was, leaning over the table eye to eye with Short and Bald, matching him decibel for decibel. This must have frustrated Short and Bald because he then produced the bottom end of a two-piece pool cue, which I hadn’t noticed before. He started waving it in front of her in a menacing fashion. I was surprised that she didn’t seem all that impressed by it, but her husband did. He jumped up, ready to come to her rescue, but before he could even get to his feet, he was shoved back into his chair by one of the other thugs. Things weren’t going well for the couple, so that’s when I decided to step in. I got up and walked over, hoping that a calm voice might help to defuse the situation.

This didn’t work out well at all. As a matter of fact, I suppose you could say that it might have had the opposite effect, because it was right about then that all hell broke loose. People started swinging, and the fight was on.

Now, two minutes later, there was a numbnuts in front of me wearing a 49ers hat, of all things, and yelling at me in Russian. Without further ado, he started in on a delivery for a punch that, if it had connected, would have knocked me right over the center-field wall at Safeco. I figured this made him my most immediate threat and, therefore, deserving of most of my attention. This may have been a mistake, though, because while 49ers Cap was about halfway done with his windup, I decided I had time, so I took a quick glance back at Short and Bald just to make sure he wasn’t getting out of hand. It was a good thing, too, because that damn pool cue of his was comin’! Right now—right at Danny Logan’s noggin. Time to move.

So I moved. I did the natural thing and stepped backward; however, in so doing, I tripped over a guy who wasn’t there a second ago but was definitely there now, thanks, most likely, to Doc bustin’ him upside the head. Then I was falling backward. I wasn’t sure where I was going to land, but I was pretty sure it was going to hurt so, as best I could, I braced myself.

The last thing I expected was to fall into a booth on a slippery leather seat cushion, flat on my back. Even more surprising was that my head fell straight back into the soft lap of a young blonde who was so surprised that her eyes flew open wide and her lips formed a precious “Oh!” shape. Of course, I could barely see this beyond her truly magnificent breasts, which were enveloped by a tight blue-and-green T-shirt that read “2014 Super Bowl Champs!” on it.

And there’s no way I could have known that she was with the Russian thugs. I smiled at her for one quick second and thought she was just about to smile back when I felt a pair of rough hands grab my left ankle. “You get off her!” the man grabbing my foot bellowed just before he gave a mighty yank.

The booth cushion was still smooth and slippery, and I was surprised at how I seemed to gain speed as I was hauled back out of the booth. This time, I knew for certain where I was going to land: on the floor, and it was going to hurt. I braced—again.

Just before I sailed off the cushion, I noticed that the guy grabbing my ankle—49ers Cap again—evidently thought I was either defenseless, completely stupid, or both, because he left himself wide-open for a creative counter-attack. So that’s what he got. While he had hold of my left ankle, pulling for all he was worth, I took the opportunity to use my right foot and deliver a swift front kick to his unprotected crotch, causing him to make a little “Oh” sound of his own as he released me and folded up in pain. (The fact that I was able to deliver this kick while on my back and sliding backward across a seat cushion is something I’m particularly proud of.) Unfortunately, my self-congratulations ended about a tenth of a second later when my momentum carried me off the cushion, and I hit the floor hard. I was right—it did hurt, and I knew I’d be paying for it later.

But not now. I’m a resilient guy and the fight was still on, so I popped back up. Doc was to my right. He stands six feet four inches and weighs somewhere in the 240 range, and he’s ex–US Army Special Forces, so I wasn’t too worried about him.

To my left, the middle-aged couple was still engaged. After I went down, Short and Bald had turned his attention back to them, and the woman was still yelling at him. Husband was clearly overmatched but, to his credit, that didn’t stop him from going toe to toe with Short and Bald. The guy had guts; I’ll give him that. By now, he also had a bright red mark over his left eye—he’d be sporting a nice shiner soon.

Short and Bald looked like he meant business with the pool cue and I figured that things were about to come to an ugly end for the husband, so I stepped in that direction.

Short and Bald spun around to face me just as the bar’s front doors flew open and two of Seattle’s finest burst through. The whole scene seemed to freeze as if someone had pushed a “Pause” button. Short and Bald was motionless, pool cue cocked as if he were a batter at the plate waiting for a pitch. I stood still, caught in mid-stride. Doc, who had been looking for someone else to hit, stood and watched. Nobody moved.

The police officers scanned the area, then they took control of the situation. “Nobody move!” one of them screamed at the top of his lungs.

I found this to be a little amusing, since—like I said—at that particular moment, no one was moving. I suppose I shouldn’t have laughed out loud, though. I’m pretty sure that’s what got me and Doc arrested. 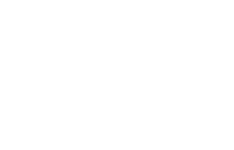